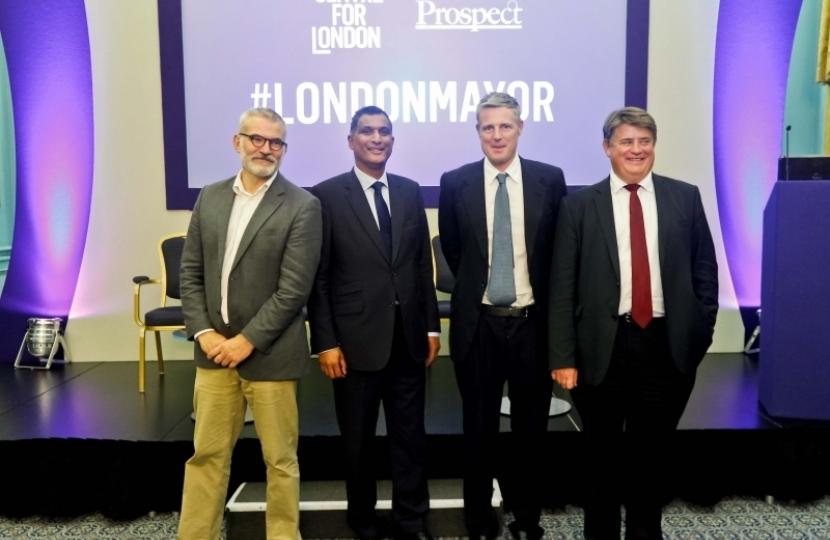 This morning it was announced that Zac Goldsmith, MP for Richmond Park and North Kingston, has won the ballot to be the Conservative Party’s candidate for the London Mayoral elections next May.

It’s a vote I’ve been heavily involved in over the last few months, having been asked to Chair Syed Kamall’s rival campaign at the beginning of the summer, and one that’s been well fought out by all four candidates. Zac, Syed, Stephen Greenhalgh and Andrew Boff would have all brought something different, but incredibly valuable, to the role, and whilst I have been firmly rooted in Syed’s camp, each campaign has clearly raised some good ideas which we need to build on in the run-up to the election.

Boris Johnson has been a fantastic Mayor. London has flourished under his stewardship, and it’s clear that our capital is a far more open, dynamic and enterprising city than when he came to power. London still faces a number of significant challenges though, and it’s vital for the long-term wellbeing of the capital that we continue to build on Boris’ legacy.

Zac can certainly do this. He’s a strong, fiercely independently minded Member of Parliament who really gets behind local campaigns, exactly what you need to become a successful Mayor. The work he’s done in opposing an expansion to Heathrow says a lot about the type of politician he is, and I know he’ll be a strong advocate for all of London, including its outer boroughs like Bromley.

The job to keep City Hall Conservative begins now, and I’ll be giving Zac my full support over the coming months to ensure he’s the next Mayor of London. You can sign up to his campaign by following the link below: