Objection to Lidl’s latest plans for the Porcupine 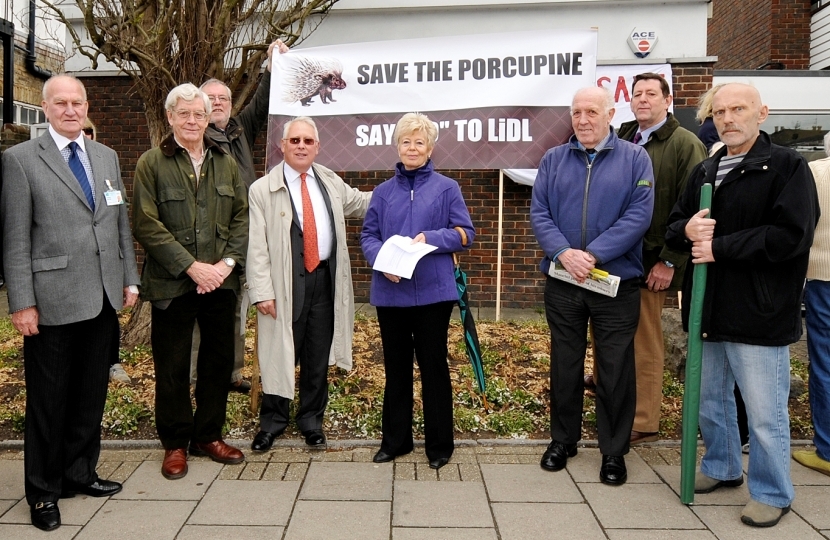 As many residents in Mottingham will already be aware, Lidl has recently submitted revised plans for the Porcupine site on Mottingham Road.

Along with our excellent local Conservative councillors for the Mottingham and Chislehurst North ward, as well as the Mottingham Residents’ Association (MRA), I led a campaign in 2013 and 2014 to oppose Lidl’s plans to demolish the former Porcupine Pub and replace it with an oversized, unsuitable development. Those proposals were unwanted by local residents, would have generated significant traffic on neighbouring roads, and had the potential to do substantial and irreparable harm to a number of local businesses. For those reasons, the plans were rejected by Bromley Council and the Planning Inspectorate in 2014.

Materially, very little has changed in this slightly amended submission, which is why, once again, I will be doing everything I can to oppose it. There remain serious concerns about the impact the scheme would have on the local road network, both in terms of traffic generation and highway safety, and the proposals undoubtedly threaten the character of Mottingham Village and the viability of nearby independent businesses.

I entirely share residents’ frustration with the unsightly hoarding that has surrounded the site for a number of years, and I too want to see the land being put to better use. Indeed, I believe Lidl has cynically and deliberately allowed the site and former public house to fall into disrepair in order to make this new application more appealing. That though does not mean we should settle for a scheme that, ultimately, represents the wrong development in the wrong place.

I have written a detailed letter of objection to Bromley Council (copy below), and will be working with residents and the local councillors – David Cartwright and Will Rowlands - over the coming weeks to rebut Lidl’s plans.