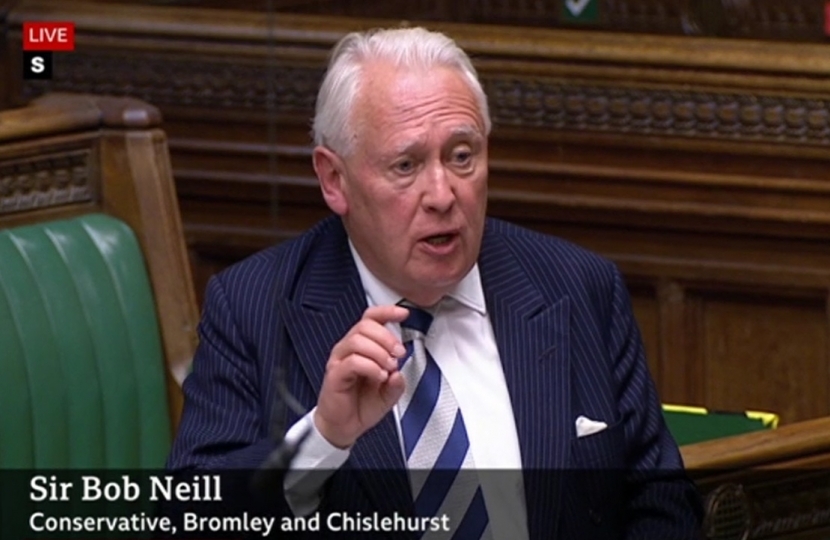 A large number of residents have recently contacted me regarding the Police, Crime, Sentencing and Courts (PCSC) Bill, which was debated in the House of Commons on Monday and Tuesday this week. It is a large and significant Bill, dealing with a wide range of important issues, and it requires serious scrutiny.

I understand that many people have raised concerns around certain aspects of the Bill, including on the right to protest and measures to protect women and girls following the terrible murder of Sarah Everard, both of which I will address in detail below. Before doing so, I think it is important to provide a very brief explanation of the legislative process as it appears there has been some confusion about how we scrutinise Bills in Parliament and what this recent vote on the PCSC Bill means in real terms.

The Bill was formally introduced in the House of Commons last week, following which it had what is known as its Second Reading on Monday and Tuesday. This is the first opportunity for MPs to debate the Bill and to vote on whether they support it in principle. Amendments cannot be made to a Bill at this stage (other than what is known as a ‘reasoned amendment’, which votes down the entire draft), so the vote on Tuesday night was on whether the PCSC Bill should progress for further scrutiny or not.

After this, a Bill moves on to what is known as Committee stage, where it is scrutinised in detail, line-by-line, by a cross-party committee of MPs, and then to Report stage and Third Reading, where further debates take place. Amendments to add, alter or omit specific clauses of a Bill can be tabled by MPs at both Committee and Report stages. Once a Bill passes through all these steps in the House of Commons, which usually takes multiple months, it must then go through the exact same process in the House of Lords before its provisions become law. The vote on Tuesday night was therefore the first of many hurdles the PCSC Bill faces and represents only the start of its parliamentary scrutiny.

Of the 307 pages that make up the Bill (which you can find here), only 11 relate to protests. Indeed, the vast majority of the Bill focuses on other issues, from important changes on road traffic offences and the early release of serious offenders, to common sense reforms like increasing sentences for those who attack emergency workers to allowing British Sign Language interpreters in jury deliberation rooms. It is for that reason many organisations working in the criminal justice sphere, including professional associations like the Law Society and Magistrates Association, as well as charities like Nacro, have welcomed it.

The right to protest is fundamental in a free and liberal democracy, something no one in Parliament disputes. It is not, however, absolute, by which I mean this: public protests on an issue like climate change, for example, are incredibly important and can be a considerable force for good, demonstrating the strength of public feeling and spurring decision makers into action. The right to organise and take part in such protests must be protected. But taking action that endangers or disproportionately impacts the lives of others, like gluing yourself to a train or blocking a newspaper print, goes beyond exercising a right to protest.

There is, of course, a very fine balance to be struck, and I recognise that concerns have been raised about some of the language contained within the Bill, including protests that cause ‘serious annoyance’. On this point, it is important to stress that ‘annoyance’ has a legal meaning, separate from its everyday use, that is well-established in case law and widely understood in the courts. In fact, the language the Government has used in the Bill has been directly adopted from a report by the Law Commission (an independent body that makes recommendations on law reforms, chaired by one of our most senior judges) that was published in 2015 – long before any of the recent protests we have seen. The report can be read in full here.

Equally, the idea of creating a ‘public nuisance’ is not a new offence and has existed for centuries in common law. The Law Commission, in the same report, recommended that it should be put on a statutory footing so that everyone, including the Police, can be absolutely clear about what constitutes criminal conduct.

We certainly need to make sure that these terms are properly defined, fully understood by the Police, and do not infringe on people’s right to peaceful protest, something I believe we can achieve at the Committee and Report stages of the Bill. But claims that it seeks to end people’s ability to protest are demonstrably false.

Following the murder of Sarah Everard, there is quite rightly a renewed focus on how we improve confidence in the criminal justice system for women and girls and clamp down on harassment and sexual violence. The PCSC Bill has been brought forward in conjunction with the Domestic Abuse Bill, which is currently at Third Reading in the House of Lords. The latter makes a series of important improvements, including banning the ‘rough sex’ defence and ending the cross-examination of victims by their abusers, an issue the Justice Committee, which I Chair, has campaigned on over a number of years.

Of course, there is a lot more we must do. That means not only looking at how we use the force of the law to stop these heinous crimes from happening, for example by increasing the maximum sentences for stalking offences (something I sponsored a Bill on in 2016), but also, more importantly, how we encourage lasting societal change.

Building on recommendations the Law Commission had already put forward on logging whether crimes are motivated by sex or gender, the Government announced yesterday that misogyny will now be classed as a hate crime and cases recorded as such by the Police. Ministers have also doubled the Safer Streets Fund to £45 million and, working with MPs across the House of Commons, will be announcing further proposals shortly.

The other matter that many people have raised with me are the provisions included in the Bill to raise the maximum sentence for defacing statues and memorials to 10 years.

Whatever your views, it is important to bear in mind that the maximum sentence for criminal damage is already 10 years. However, the current law focuses purely on the financial, rather than the emotional, damage caused by vandalism, which is why the Government is seeking to make this change. In doing so, ministers have not in any way prioritised this matter over other pressing concerns.

On the whole, there is a great deal of good in the Bill, including on issues many of us closely involved in the justice system have been campaigning on for years, not least the need to look at credible alternatives to custody in less serious cases, putting rehabilitation front and centre. These are important matters, and there are certainly specific clauses that will require closer inspection and refinement as the Bill progresses, but that is not a reason in itself to throw away the entire Bill. That is why I voted for it on Tuesday night.

The transcript of my speech from Monday’s debate can be read here.