Michael Turner has lived in Bromley for over forty years and has represented Plaistow and Sundridge Ward on the Council for the past sixteen years.

During this time he has served first as Deputy Mayor and later as Mayor.   He has also Chaired the Children and Young People Policy Development and Scrutiny Committee and, over the years, been a member of nine other committees of the Council.

Michael has a background in education, having been an administrator with the Inner London Education Authority and then a lecturer at Bromley College of Further and Higher Education.

He has served as a governor of Valley Primary School, St Joseph’s Primary School and Bromley Adult Education College.  For over twenty years he has been a Trustee of the Bromley and Downham Youth Club.

He is a former Church Warden at St Andrew’s Church and was, for four years, a Governor of Oxleas NHS Foundation Trust.

Michael is married to Janet who is the Chairman of the Friends of Bromley and Sheppard’s Colleges, a member of the Deanery and the Diocesan Synods and a voluntary worker for St Christopher’s Hospice. 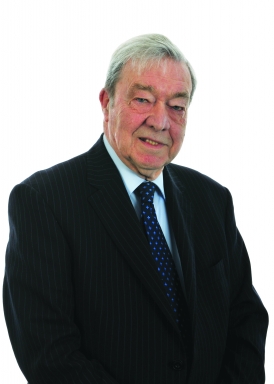