Will Rowlands has lived in Mottingham since 2011 and runs a small garden maintenance business in the local area which he set up after leaving his local comprehensive secondary school and moving to Mottingham with his dad. He is 24 years old and despite his youth he has the experience of standing in local elections in the past while living in his home town of Glossop, Derbyshire.

Will has worked closely with David Cartwright and Charles Rideout during their time in office as councillors for Mottingham and Chislehurst North, giving him a good knowledge of the issues affecting the ward.

When not working Will enjoys spending his spare time playing football, playing the guitar (badly), and volunteering his time to the backstage crew of the Imperial Players and Matchbox amateur dramatic groups in Chislehurst and West Wickham.

Mottingham & Chislehurst North lies at the extreme north of the Bromley & Chislehurst constituency and shares boundaries with both the Greenwich and Lewisham constituencies. This contributes to a strong sense of community identity. A large part of the centre of the Ward consists of former council estates along with roads to the west of White Horse Hill which are part of the Parish of Mottingham. The north of the Ward around Eltham College contains older housing including the home of W. G. Grace.Electorate at the 2010 Borough Election: 7,434. 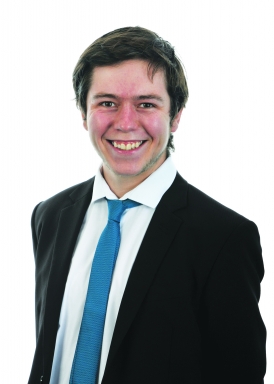