Bob Neill comments on the killing of his EU Referendum Bill 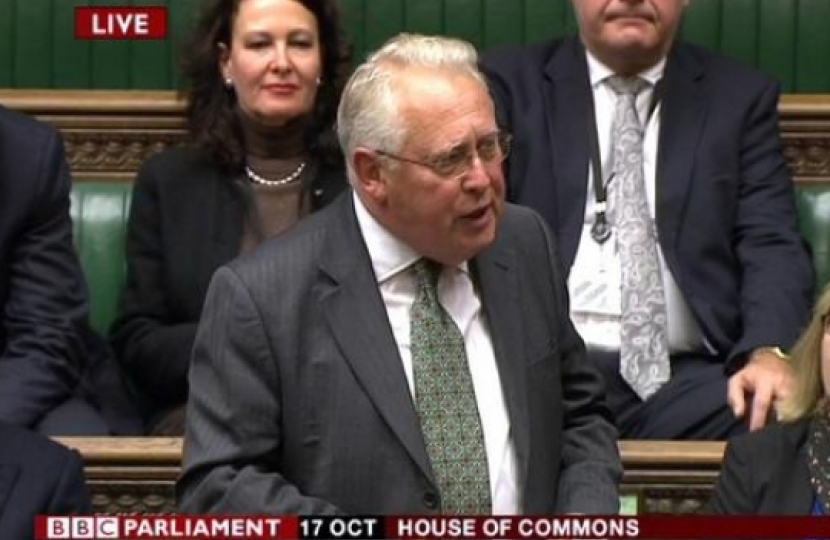 As you may have heard in the news over the last couple of days, my EU (Referendum) Bill was, regretfully but not entirely surprisingly, killed by the Liberal Democrats last Tuesday.

Having come third in the Private Members’ Bill ballot, it was always going to be a tough struggle to get the Bill through in time before the dissolution of Parliament early next year. I had, nonetheless, remained hopeful that all sides of the House, whether they supported it or not, would have done the honourable thing and played fair by granting my Bill the critical money resolution it needed to proceed to Committee stage. Incidentally, the Liberal Democrats cooperated this time last year when an identical Bill was introduced by my Conservative colleague James Wharton. Their refusal this time round leads to only one conclusion: they are scared of proper debate with the British people.

Negotiations with the Liberal Democrats regarding the procedural particulars of the Bill had been ongoing for some time. Holding my Bill to ransom, they asked the Conservative Party to agree to the money resolution of Andrew George’s Affordable Homes Bill, a piece of legislation that would cost the British taxpayer £1 billion and would unravel our welfare reform programme. This is something that the Conservative Party, under no circumstance, could have supported. It would have meant more borrowing, more debt, and more people on benefits than in work.

Our insistence, as a Party, that they stick to their previous promises on reforming welfare through the removal of the spare room subsidy – a policy they jointly introduced with the Conservatives in Coalition – has, ironically, resulted in a supposedly liberal party sabotaging a Bill that aimed to give the British people a long overdue say on our membership of the EU. It is a particularly disappointing example of political chicanery as only one Liberal Democrat MP turned up to debate my Bill on 17 October. If they disagreed with it and wanted to vote it out, they had every opportunity to. Instead – because they do not want it known that they do not trust the British people to decide our country’s future in Europe – they have killed it off through devious, backdoor devices. The electorate always suffer when political games are played, and the Liberal Democrats are very much culpable in this instance.

The failure of my Bill in no way diminishes the Conservative Party’s desire to hold a referendum. The Prime Minister remains committed to negotiate a fresh and better deal for Britain in our relations with the EU, and then to put that new deal to the British people with an in-out vote before the end of 2017. My Private Member’s Bill would have put the obligation to hold this referendum onto the statute book, but, through procedural games, the Liberal Democrats have denied Britain this democratic right.

The message to take from this is clear. Labour and the Liberal Democrats do not want to give Britain the vote. UKIP cannot as they do not, and will not, have the numbers in Parliament come 2015. The sabotage of my Bill has proven, more than ever before, that if you want a long overdue in/out say on the EU, a Conservative majority in 2015 is the only way forward.