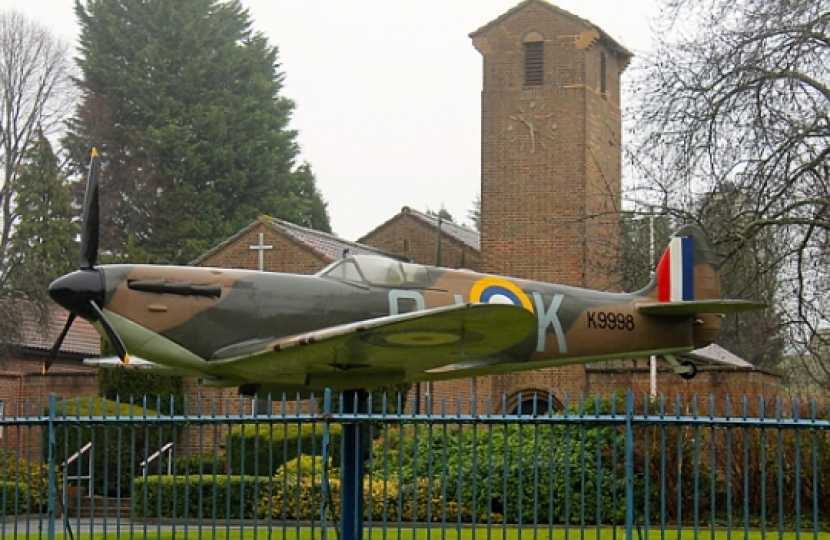 A number of constituents have recently contacted me about the highly publicised £50,000 funding shortfall at St George’s Chapel of Remembrance at Biggin Hill. The developments surrounding the future of the site had come as worrying news to us all, however I am delighted to say that the Prime Minister publically confirmed yesterday that the Government would do all it can to protect the site for future generations.

Biggin Hill was the iconic Battle of Britain airfield, and as Jo Johnson, Colonel Bob Stewart and myself have made clear from the start, it would have been unthinkable if the chapel should cease to have been maintained. Winston Churchill once promised that the site would remain a permanent shrine for those who sacrificed so much during the Battle of Britain, and although other generous offers have been made to plug the funding gap, for me the Ministry of Defence (MoD) should cover these costs as a matter of principle. Put simply, this is about doing the right thing, and I am glad the Prime Minister has now vowed to keep this prior commitment alive.

Jo, Bob and I have been working in tandem on this issue, and Jo – whose constituency the airfield falls in – has led the charge in lobbying the MoD and No10 to recognise the strength of local feeling towards the chapel. Taken together with the renewed pledge David Cameron made after I questioned him in Prime Minister’s Questions yesterday, residents in all three constituencies – Bromley & Chislehurst, Orpington, and Beckenham – can feel assured that the chapel will continue to have a long history at Biggin Hill.

Commenting on this breakthrough, Jo Johnson said: “This is a site of huge significance in our national story and I’m delighted that the Prime Minister has responded to our appeal by committing to do whatever it takes to ensure the Chapel stays open. This will end speculation and uncertainty over the Chapel’s future.”

Colonel Bob Stewart said: “I am delighted by this outcome and know how hard local MP, Jo Johnson, worked to achieve it.  Personally, as the son of a distinguished RAF officer with a younger brother who commanded an RAF squadron, I am utterly relieved and pleased by this reassurance.”