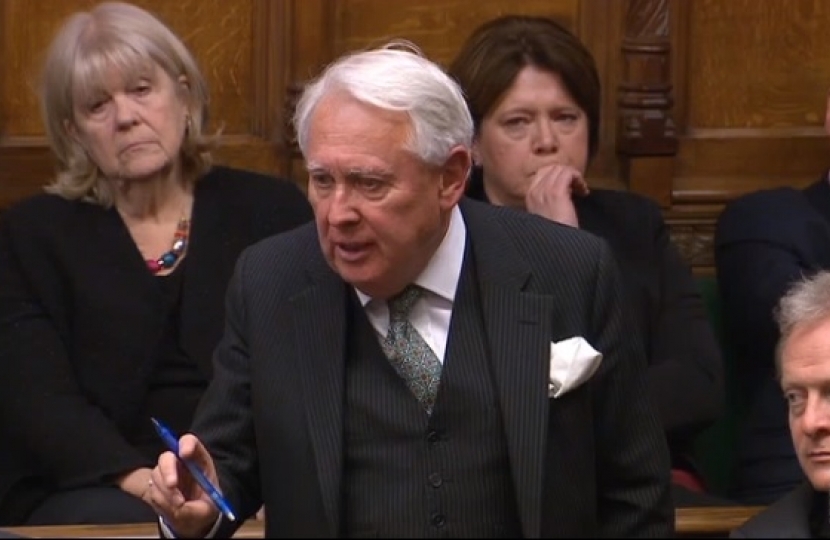 In recent weeks I have received thousands of letters, emails and calls from constituents regarding Brexit. Taken together, they represent almost every position conceivable, from a complete severance in ties with the EU to further integration with our European neighbours, and everything in between. From whatever starting point you approach this question, I understand that real and genuine concerns exist as to the direction that has been taken, the progress that has been made, and most importantly for all of us, on Britain’s future.

The options we voted on last night through a series of indicative votes - something I supported on Monday – provide a useful opportunity to openly and publicly set out my views again, as I have sought to do throughout this process. However, I feel it important to first clarify a number of misconceptions that have regularly been raised with me.

Bromley and Chislehurst voted to remain, but it did not do so overwhelmingly. The figures for each of the six wards that make up the constituency show 25,213 people voted to remain, with 25,041 voting to leave. That can fairly be described as a virtual dead heat, but a decisive vote one way or the other it demonstrably is not. Of course, it is also important to note that this was a national vote, and just like in any general election, the national result must be respected. I was one of those who campaigned and voted to remain, and would do so again. Whilst I believe Brexit is a mistake, as a democrat I respect the result.

It is ironic that on the occasions that I have felt it necessary to vote against the Government to ensure parliamentary sovereignty and to protect my constituents’ interests, I have been labelled by some a traitor and mutineer. When I have thought it right to support the Prime Minister, I have been called a turncoat, a liar, or accused of putting my career and Party before the national interest. I cannot please everybody, and neither can any MP worth their salt. All I can do is act with an independent mind, doing what I think is right for both my constituents and the country. I believe my voting record stands testament to that.

An MP is, after all, a representative, not a delegate, and I will continue to vote, according to the great constitutionalist Edmund Burke’s classic definition - with my constituents’ views and opinions always in mind, but ultimately based on my own judgement and experience. That is my duty.

Whilst it is imperfect, I have supported the Prime Minister’s deal twice as I believe it is the best way to deliver Brexit without damaging and dividing the country further. For the reasons set out in my previous updates, and on the basis that the Speaker does not seek to obstruct its return, I would vote for it again as my first preference.

Failing that, I indicated in my votes last night that I would support withdrawing from the EU through either the Common Market 2.0 option, or through ascension to the European Free Trade Area (EFTA) and the European Economic Area (EEA). These are routes that would get us out of the political structures of the EU – including the European Court of Justice and the common fisheries, agricultural, justice, home, foreign and defence policies – with the ability to have sensible controls on migration, all the while ensuring the closest possible trading links with the EU. That is why it was floated as a solution by many prominent Leavers before the referendum took place.

I understand that there are concerns that this approach would make us a rule taker, not a rule maker, but that is true of everybody who wants to trade with the EU, even on WTO terms. If you want to sell into any market, you are going to have to meet their rules on product standards, safety arrangements and regulatory approvals.

I also indicated last night that I would support an option that sees us leave with some form of customs arrangement (which is not the same as the current Customs Union). That would allow frictionless trade and ensure an open border in Ireland, and could help us move on to the next stage of the negotiations.

What I cannot countenance is a no-deal Brexit, which there is no mandate for, and which based on all the evidence would do considerable damage to our economy, jobs and public services. I also believe it would undermine our ability to protect ourselves from international terrorism and other serious organised crime, disrupting our access to vital cooperative data and intelligence systems. Ultimately, I am not prepared to do anything that puts at risk either the safety or livelihoods of my constituents.

Equally, I do not support revoking Article 50. Whilst I regret the result of the referendum - and dispute many of the claims that were made during the campaign - we can’t simply erase this chapter from our history and ignore the result. That would do great damage to our political system, and would undoubtedly erode trust in parliamentarians even further.

Neither do I believe a second referendum provides the best way forward, not least because of the significant practical obstacles it faces: the need to extend Article 50 for long enough to give time for the necessary legislation and campaign; precisely what the question would be, where there is no consensus even amongst its supporters; the risk to business confidence of yet further delay and uncertainty as to the outcome; and the very real threat of further divisions that would split our society even more than it already is. I am also unconvinced that were a second vote to take place, the result would give any more of a decisive outcome, either way, than we have at the moment.

Although the way forward remains unclear, last night’s indicative votes helped show what could feasibly command a majority in the Commons. Whilst I understand that not everyone will agree with my stance on the incredibly important and difficult decisions we face, I hope, if nothing else, this update will provide a frank and honest assessment of the current situation.