Our withdrawal from Afghanistan 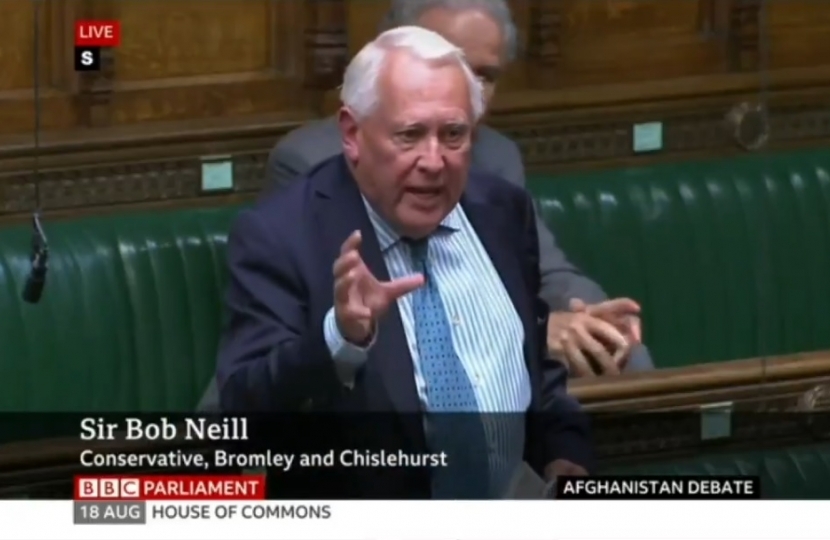 It is impossible not to feel appalled and ashamed by the shocking events all of us have seen in Afghanistan. My office has been taking up a large number of cases with both the Home Office and the Foreign, Commonwealth and Development Office, trying to expedite the resettlement of those in danger, and I have also been raising cases directly with ministers myself.

The Government has announced a new Afghanistan Citizens’ Resettlement Scheme to resettle thousands of those most at risk of human rights abuses, prioritising women and girls, as well as religious and ethnic monitories. This is being modelled on the Syrian Vulnerable Persons Resettlement Scheme, which resettled 20,000 Syrian refugees between 2014 and 2021, and hopes to welcome 5,000 Afghans in its first year, with a total of 20,000 being rehomed in the long-term. This is separate from, and in addition to, other existing schemes, including the Afghan Relocations and Assistance Policy (ARAP), which offers any current or former locally employed staff who are at serious risk priority relocation to the UK.

While I welcome these measures, we must go further and much quicker. As I pointed out in my speech in the House of Commons last week, we took 27,000 people from Uganda when Idi Amin’s dictatorship expelled them in 1972. We did not set an arbitrary number, taking them on the basis of need, and they enriched and enhanced this country. I believe we must now be as generous in spirit to Afghanistan.

You can watch my speech from the debate in full here:

I was also particularly keen to highlight the threat posed to the 250 women judges who have served in Afghanistan, who are now at real risk of retribution:

I have been working closely with our officials, both in the UK and those on the ground in Afghanistan, as well as with organisations like the Bar Council and Law Society, to evacuate as many of these women as possible.

Although a strict time limit was imposed, I tried to give voice in my speech to many of the concerns that have been raised with me, including by those who bravely fought in Afghanistan, who I pay tribute to and must be supported, as well as on the decisions and events that led to this shameful episode. Ultimately, I believe we need to rethink our strategic approach to NATO, becoming less reliant on what is, sadly for the foreseeable future, a protectionist and isolationist US administration. That is a reality we must readjust to, working with our friends in Europe, like France, as well as the Commonwealth, to rebalance NATO so that we are better able to respond to situations like this in the future.

Last week, Bromley Council released a very welcome statement making clear its commitment to working with the Government to help those affected:

The immediate priority is, of course, getting those who are at risk out of the country and to safety, with plans to resettle those who come to the UK still being developed. Exactly what will be needed locally is not yet clear, but I have asked ministers to keep me updated on what will be required and will post updates, and liaise with local community groups, as soon as I hear more.

Lessons must be learnt. I will be pressing the Government to expand and expedite the support it has announced and will continue to do everything I can to ensure those in danger are resettled as swiftly as possible.