The Time is Now lobby on climate change 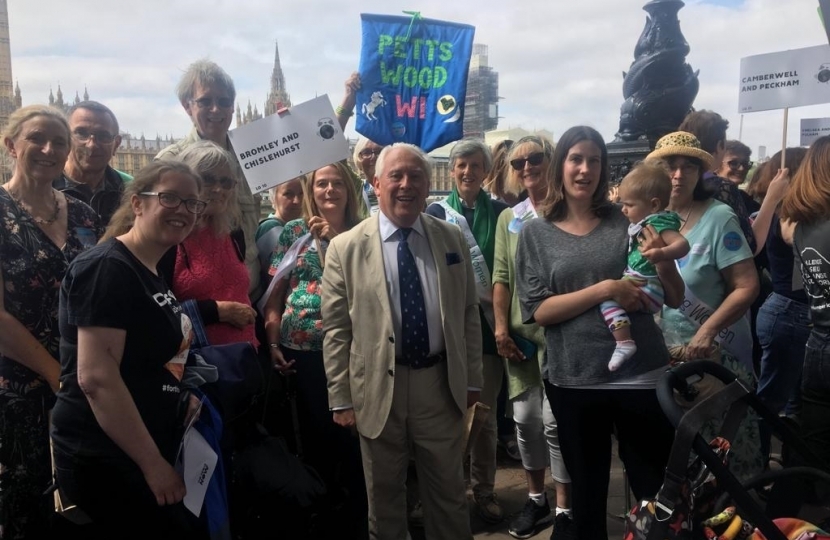 Last week I was pleased to be able to meet with everyone who took the time to travel up from Bromley as part of ‘The Time is Now’ lobby.

Climate change transcends age, background and politics. It is, I believe, a fight we all urgently need to get behind, which is why I was delighted that Parliament recently committed Britain to a net zero emissions target by 2050, making us the first G7 country in the world to enshrine this in law. This is something the independent Committee on Climate Change recommended to the Government in May, and is an ambition I have been lobbying ministers on over the course of the year.

While more can and must be done, we should not playdown our achievements to date:

• Renewable electricity in the UK is at record levels, increasing six-fold over the last nine years.

• Last year, 37.1% of our electricity generation came from renewable sources, and we are now generating enough solar energy to power almost 2.7 million homes.

• In total, more than £92 billion has been invested in renewables, nuclear and carbon capture technology since 2010.

I will continue to work with colleagues from across the House of Commons to push forward this agenda, doing what I can to advocate investment in renewables, the development of green, environmentally responsible policies, and a reduction in our carbon footprint.