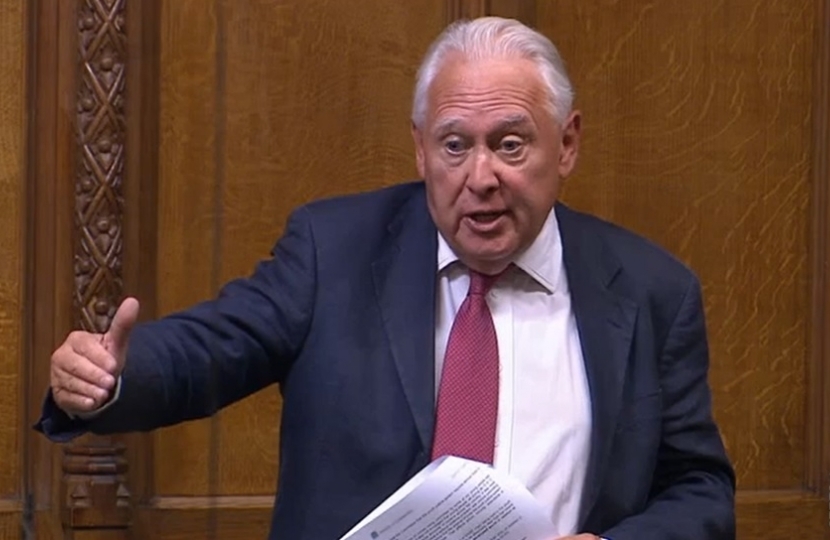 I have recently received a large number of enquiries about the Trade Bill and what the legislation means in terms of our future trade deals. I am acutely aware of the concerns that have been raised by many people, of different political persuasions - particularly with regard to a potential trade deal with the US and the impact this may have on the NHS and our food standards – and wanted to take the opportunity to once again set out my position in detail.

In some cases, there seems to have been a great deal of misunderstanding and regrettably, at times, scaremongering, about what exactly it is the Trade Bill seeks to do and why it is necessary. In the most part, it is a continuity Bill that is concerned with rolling over existing trade deals rather than facilitating new ones, with its functions distinct from the Government’s future trade agreements programme. In fact, the Bill cannot be used to implement new free trade deals, including with the US.

Over the last few years the UK has been seeking to reach continuity agreements with countries who we currently trade with through existing EU trade deals. Indeed, there are around 40 trade agreements that the EU signed with ‘third countries’ (or, in other words, countries outside the EU) before the UK formally left the EU on 31st January. The primary purpose of the Trade Bill is to embed these in our domestic law.

The Government has repeatedly committed that neither the NHS nor the price we pay for drugs will be on the table in any future trade negotiations. That was reaffirmed in both the 2019 Conservative Party Manifesto and in the policy documents, published in March, which set out the UK’s negotiating objectives with the US: https://www.gov.uk/government/collections/the-uks-trade-negotiations-with-the-us

Ministers have also repeatedly confirmed that our high standards on animal welfare and food production will not be undermined through any future trade deal. I posted a detailed update on this last month, which can be read here. For the avoidance of doubt, it is worth reiterating that all existing EU food safety provisions - including import requirements banning the use of artificial growth hormones and the use of anything, other than potable water, to decontaminate poultry carcases – will automatically transfer onto the UK statute book through the European Union (Withdrawal) Act. Any changes to that would require new legislation to be brought before Parliament.

Since that update, the Government has also announced that it will be establishing a new Trade and Agriculture Commission, something the National Farmers’ Union (NFU), among others, had been calling for. Its work will focus on ensuring UK farmers do not face unfair competition and that our high animal welfare and food production standards are not diminished through our trade policy.

Clearly, there is a balance to be struck between ensuring the commitments the Government has made are guaranteed while, at the same time, not tying the hands of our negotiators and hindering them from securing the best deals possible. That was the risk of a number of the amendments tabled to the Trade Bill last night which, in theory, may have sounded good but, in reality, would have rendered inoperable most of our existing deals and made impractical those of the future.

Parliament retains through the Constitutional Reform and Governance Act 2010 the right to block any treaty from being ratified. I would also stress again that free trade agreements cannot change UK law and Parliament can reject any domestic implementing legislation necessary for a trade treaty. That is the approach adopted in countries like Canada, and it goes further than the systems in place in Australia and New Zealand where the respective parliaments cannot directly block ratification. Public consultations will also continue to be held prior to negotiations to inform the Government's strategy.

I was a signatory of a series of amendments tabled to the previous Trade Act, debated in 2018, and voted against the Government on a number of occasions when I thought it necessary. Accusations that I was simply toeing the Party line during last night’s votes are, therefore, demonstrably false.

I am committed to protecting the NHS and upholding our food and animal welfare standards and have not, and will not, support any measure that puts either at risk. I hope, by setting out the facts rather than paying heed to political spin, this update provides a clear explainer of the Trade Bill and why I voted as I did.

For our Campaign Spotlight on the Hartlepool By-Election, meet Jill Mortimer, the Conservative candidate for Member of Parliament in Hartlepool.