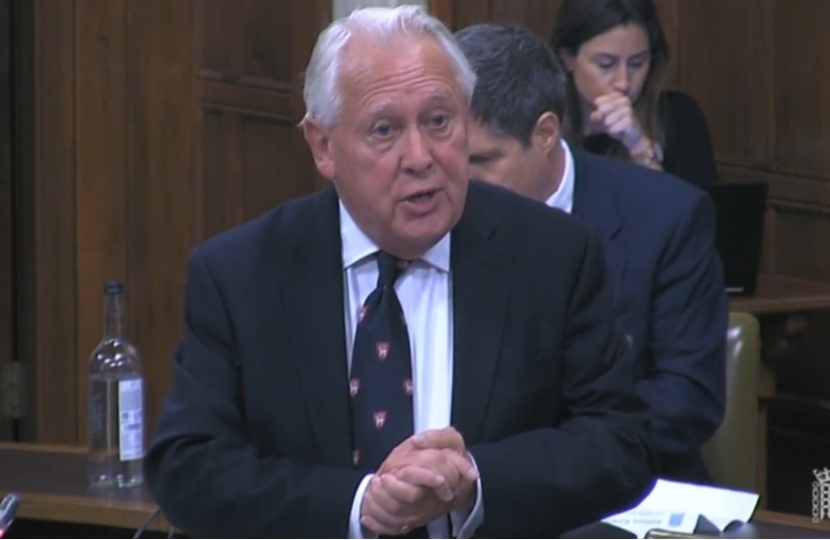 Over the last few weeks there has been a great deal of focus on the Agriculture Bill and our food and animal welfare standards. In the summer I uploaded detailed posts on both the Agriculture Bill and the Trade Bill on my website which sought to address many of the concerns raised with me, but in light of the recent amendments tabled to the Bill in the House of Lords, as well as the debate that took place on Monday evening in the House of Commons, I thought it would be helpful to provide a further update on this important issue.

First, I would stress again that I am absolutely committed to upholding the genuinely world leading standards the UK currently enjoys in this area. My duty is, first and foremost, to my constituents, and I would not have hesitated to support the amendments put forward if I had thought them necessary, as I did with amendments tabled to the previous Trade Act in 2018.

The Government has repeatedly made clear that it will never compromise these standards in any trade negotiations, and indeed that it will actively seek to improve them once we leave the EU – commitments set out in the 2019 Conservative Party Manifesto. I agree with the view that, in itself, this is not enough to mitigate the risk that future trade deals may erode current standards, so it’s worth setting out the facts on the systems in place to prevent that from happening.

First, all existing import standards that we are signed up to through the EU – including the ban on importing beef using artificial growth hormones and poultry washed with chlorine – will automatically transfer into UK law. In fact, all existing standards on environmental protection, animal and plant health, animal welfare and food safety will be carried across to the UK statute book through the European Union (Withdrawal Agreement) Act. Any changes to that would require new legislation to be brought before Parliament and voted on.

Second, in addition to the important work being overseen by the independent regulator, the Food Standards Agency, which is tasked with making sure all food imports are safe and meet the relevant UK product regulations, the Government has also established the Trade and Agriculture Commission. This was a direct response to requests made by the National Farmers’ Union. Set up in July, it has already begun important work to ensure UK farmers do not face unfair competition and that our animal welfare and food production standards are not diminished through our trade policy.

Third, there are a range of expert groups that advise the Government on these matters. Take, for example, the Department for International Trade’s agrifood trade advisory group, which includes more than 30 representatives from the food industry, or the Department for Environment, Food and Rural Affairs’ various supply chain advisory groups. These include, among others, an arable group, a livestock group and a food and drink panel.

Fourth, any trade deals will be subject to parliamentary scrutiny, including by Parliament’s International Trade Select Committee. It is worth reiterating that Parliament retains through the Constitutional Reform and Governance Act 2010 the right to block any treaty from being ratified and that free trade agreements cannot change UK law. Furthermore, Parliament can reject any domestic implementing legislation necessary for a trade treaty and public consultations will continue to be held prior to negotiations to inform the Government's strategy. This approach to scrutiny is being seen in action at the moment in terms of the recent Japan deal, and it is one that goes beyond the systems in place in many comparable parliamentary democracies, including Australia and New Zealand.

While I had a lot of sympathy with Amendments 12 and 16 debated on Monday night, and in principle supported their aims to write these protections into law, they were broadly drafted and would, I fear, have inadvertently created a number of problems for current and future trade had they been passed.

The conditions they would have imposed do not exist under any agreement that the UK or the EU have to date. They would also impact the many existing trade deals we signed up to whilst members of the EU which the Government is currently rolling over into domestic law. That would potentially mean unpicking agreements we have for many years been signatories of and retrospectively demanding extra conditions be added. That is neither practical nor wise.

For many of us in Parliament, this Bill has ultimately boiled down to striking a balance between ensuring standards are protected – an aim I believe the overwhelming majority of people support – and not in practical terms undermining our ability to trade and do business. Although political opponents and some elements of the media have sadly chosen to spin Monday night’s votes as MPs actively voting to reduce food and animal welfare standards, I hope, with the facts I have laid out above on the relevant processes, that is shown to be patently false. Nothing MPs have voted on undermines our current standards nor will I vote for anything that risks doing so.

I have made no secret of my regret that the UK voted to leave the EU in 2016, but I believe this is an area of policy we can genuinely make great strides on after the transition period ends, not least on things like food labelling and the live export of animals. I will continue to work with everyone involved to help make that a reality.

Two Years On: Delivering on our Promises

Two years on, we have delivered for Britain. Here's a list of some of our top achievements.