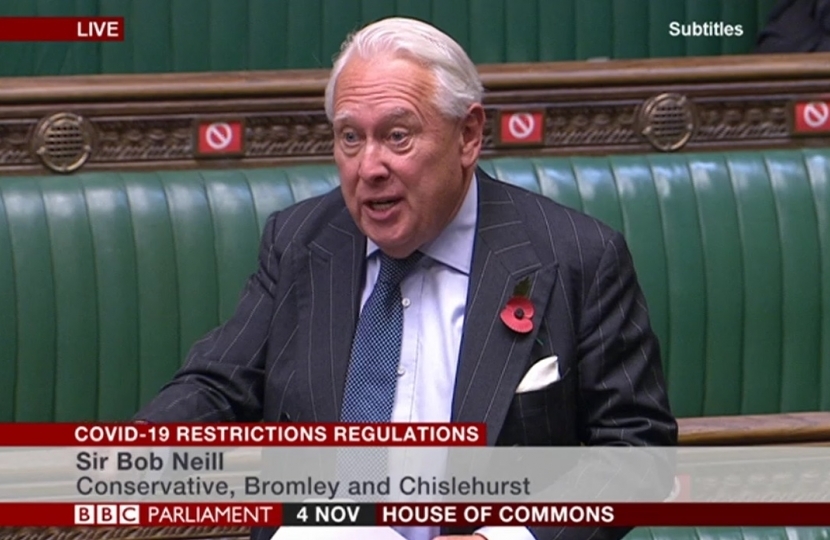 Throughout my political career I have believed in the importance of basing every decision we take in public life firmly on the evidence before us. With so much currently at stake in the choices we face, that is truer in our response to COVID-19 than at any other time in our recent history.

While I am not against strict interventions where the evidence shows that they are necessary, I have repeatedly made clear my belief that blanket restrictions, imposed arbitrarily on places fortunately less affected, will only lead to more businesses going under, more hurt and loneliness for those vulnerable or isolated from their loved ones, and more missed hospital appointments for patients with other illnesses, all of which will have a very real impact on the economy and our ability to respond to the pandemic in the long run. Ultimately, while I agree that it is vital we take steps to protect the NHS, wrecking the economy and destroying the tax base that funds it will not help that cause.

I have the upmost respect for our medical and scientific advisers and I do not underestimate the threat of the virus, but it is the job of ministers to mediate between, on the one hand, the feedback they are receiving from SAGE on the pandemic, and on the other, the very real evidence of the impact of these restrictions on people’s physical and mental health and the economy. On the latter, we have regrettably already seen a number of excellent, family-run businesses in Bromley and Chislehurst close. Without clear evidence that demonstrates why they are absolutely necessary, I am not prepared to vote for measures that will make the situation worse for others.

Having attended numerous briefings in recent days with the Government’s advisers and data scientists, and having carefully scrutinised the latest statistics, it is clear to me that some of the provisions in the regulations go beyond what is supported by the science and are not, therefore, proportionate. Indeed, a number of the restrictions appear to me to be based more on abstract behavioural modelling than firm medical and scientific evidence.

Aside from the economic impact, I am concerned that there remain significant inconsistencies in the rules, including on the prohibition on communal worship and outdoor and grassroots sports. These are things that to many of us are of real importance. They affect both our mental and physical wellbeing and we should not be banning them without clear evidence that it is necessary to do so.

The nature of the motion we voted on this afternoon – a statutory instrument rather than a Bill – means it is unamendable. MPs are, if you like, presented with a take it or leave it situation. Had the Government given itself more time to consult with MPs, we may have been able to address some of the anomalies created by the poor drafting of the motion. However, with the lack of scrutiny provided by only three hours of debate, something many of us regard as totally inadequate for such sweeping measures, we were unable to do so. It is for these reasons that I could not support the regulations this afternoon. Had a more limited or proportionate set of rules been proposed, I would have been prepared to consider voting for them, which I hope explains why I abstained.

Although I believe the Government is approaching these invidious decisions with the best possible intentions, we require a clear exit strategy from these restrictions and a more coherent communications strategy. People need to know why such measures are necessary, how long they are likely to last for, and how we move ahead into the New Year.

With cases falling in Bromley, I believe a return to the tiered system from the 2nd December remains a sensible way forward. In the meantime, I will be doing everything I can to make the case for additional, sector tailored support for businesses and those who have so far found themselves ineligible through the packages made available.

My speech from today’s debate can be viewed here:

The Prime Minister today urged MPs in the House of Commons to pass new COVID regulations, to keep transmission down and beat the virus