Cllr Kate Lymer was first elected in 2010 to represent Bickley ward and has lived in the borough all of her life.

Kate has also served on a Planning Committee since elected as well as having been on the Development Control Committee, the Executive & Resources Scrutiny Committee, the Local Joint Consultative Committee, the Bromley Youth Mentoring Steering Group, the Safer Bromley Partnership, the Adults Safeguarding Board, the Children’s Service Governance Board, the Standing Advisory Council for Religious Education, and the Bromley Domestic Abuse & Violence Against Women and Girls Forum.

Outside of the Council Kate is a Trustee of Bromley Youth Music Trust, on the Management Committee for Wood Lodge Living Skills centre in Bickley, a member of the Bickley Safer Neighbourhood Panel, on the Bromley Safer Neighbourhood Board, a member of the Police Stop & Search Monitoring Group, is the Bromley Representative on the Diocese of Rochester Board of Education, and is a School Governor at Bickley Primary School as well as at St. Mark's C.E Primary School, and has previously been a Governor at Newstead Wood School. Kate is also a Girl Guiding Ambassador for the London and South East region, and was the Deputy Mayor of Bromley 2014/2015.

Kate was elected as Deputy Leader of Bromley Council in May 2022.

Bickley & Sundridge Park lies between Bromley Town to the west, Chislehurst to the north-east, Petts Wood to the south-east, and Plaistow to the north and is a largely residential area. Bickley & Sundridge Park have good direct links into Central London via Bickley Station and the nearby Chislehurst and Elmstead Woods stations. Local amenities include several parks and recreation grounds, cycle routes and the London LOOP footpath. The Jubilee Country Park covers 62 acres and is linked to National Trust countryside at Petts Wood and beyond that to Scadbury Park Nature Reserve. 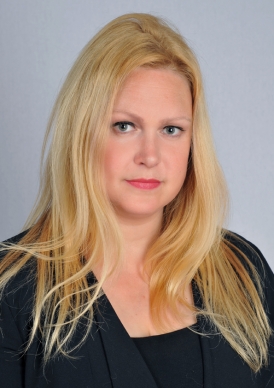